In the early planning stages, the whole brewery project felt pretty surreal. The jump from a bunch of ideas to the creation of a brick-and-mortar business that makes delicious liquid happiness is huge one, for sure, but the disconnect between the plan and actually going ahead with the plan is even more dramatic than I ever could’ve imagined.

At first, I thought that spending some money would make it feel real. No luck there. Turned out it just felt like spending money always does but worse, sort of like buying a hamburger except that there was no hamburger. You go hungry. The money just floats out into the ether.

Then, I thought getting the building would make me sit down and think “crap, now it’s really happening.” Nope. The feeling as I stared at the deed paperwork was sort of just like “oh, now I have a piece of paper I can take to various people to whom I will be giving money.” Standing in the building, the feel was “huh, this is a big empty building.”

And so it has gone with ordering the equipment, looking for a brewer, and spending yet more money on things I didn’t even know existed. So what was my feeling when I saw a big blue dumpster behind the building signaling the start of demolition? 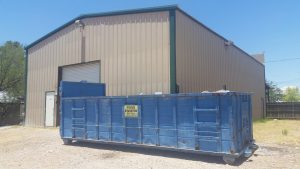 Or when I looked in the back and could finally see all the way to the front? 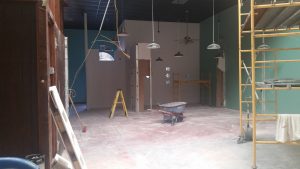 Or saw a bunch of exposed beams in the back from what was once a walled-off office? 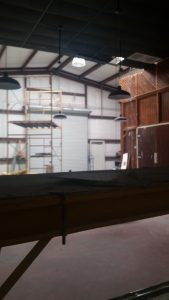 Nada. Zilch. At this point, I’m fairly certain I’ll be drinking a beer from the brewery far in the future and it’ll still feel like the idea of starting a commercial brewery is like daydreaming about catching unicorns.

That said, I still have a heirarchy of “realness” milestones looming on the horizon. When the floors and new walls are done following demolition? Sure, that’s a good one. When the sign hangs above the front door? Even better. When all that shiny equipment pulls up on a truck? That might be the promising one of all.

For now, though, I suppose I’ll have to be content (and really should be ecstatic) to know that things are on track and that every hurdle thus far has been pretty manageable.