I was psyched when we locked in the perfect building for the brewery. Our contractor has killed it with the build thus far. I was particularly thrilled when our beautiful equipment arrived, and now that we’re on the verge of brewing, I couldn’t be happier with how the brewery is shaping up, irritating delays notwithstanding. None of that, however, makes me half as excited as having this guy on board: 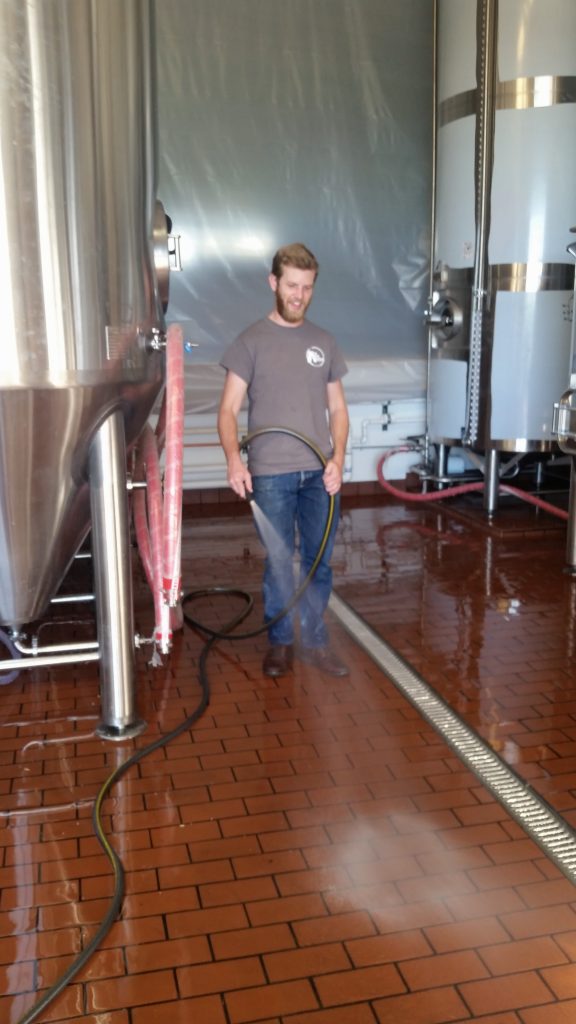 Looking for a brewer, I wanted someone with training, talent, and passion. I certainly wasn’t expecting a guy who went to the World Brewing Academy at Siebel and Doemens. Even more so, I wasn’t expecting a guy who’s won a GABF medal, a WBC medal, and numerous other medals for his beers in just the past year or so. Perhaps more impressive than any of that is the fact he’s the kind of guy who worked his way up from volunteer to head brewer at Blue Pants Brewery, a place that’s grown like crazy in just a few years. When Weedy seemed too good to be true, I had a friend mule some of their stuff out here to Arizona. Now I’m just sad I hadn’t tried some of their delicious beers before.

And on top of all that, I should probably mention that he proposed a completely insane barrel program idea to me just a few emails after we first made contact. It’s a program so ambitious and exciting that there isn’t a chance in hell we aren’t going to give it a try, so expect more details soon. Regardless, I couldn’t be happier he’s joined the team.

Get some insight into his thoughts about brewing at his old blog. Or this is a great interview with him. Better yet, just stop by and have some of our beers after we open in the (hopefully) near future if you want to experience first hand why I’m so excited.

Our building is ideal for what we want to do. Our equipment, everything from our water system to our brewing system and even our keg washer and tap room fixtures (when they’re finally installed), has been selected with one thing in mind: to brew the best beer possible. Now, we’ve got Weedy to get the job done. Plus, he’s cool not just with washing the floors, but with me lurking around like a weirdo and taking pictures of him doing it!