We’re Close To The Top Fifty!

We’re Close To The Top Fifty!

About year ago, I was playing with my daughter while my wife interviewed for a new job near Tombstone. Our riveting game of chase-the-just-now-walking-one-year-old was briefly interrupted by a serendipitous glance at a realtor’s poster for a building in Tombstone that looked perfect for a brewery.

About nine months ago, I sat alone in a building in Tombstone that was perfect for a brewery but little more than a blank canvas, heart beating like a bass drum and mouth dry with anxiety.

In the midst of chaos and construction months later, a friend who’s been in the same situation numerous times perfectly summed up 2016 for me when he took a deep breath of the heavy drywall and sawdust-filled air then looked at me and said, “smells like ‘oh sh#t’ – congrats, buddy!”

Eight-four days ago, wort again went into fermentors in Tombstone for the first time in over a decade. Oh sh#t smelled delicious.

The twelve weeks since then feel like an eternity and a blink of the eye at the same time. This was when everything finally sank in, though: 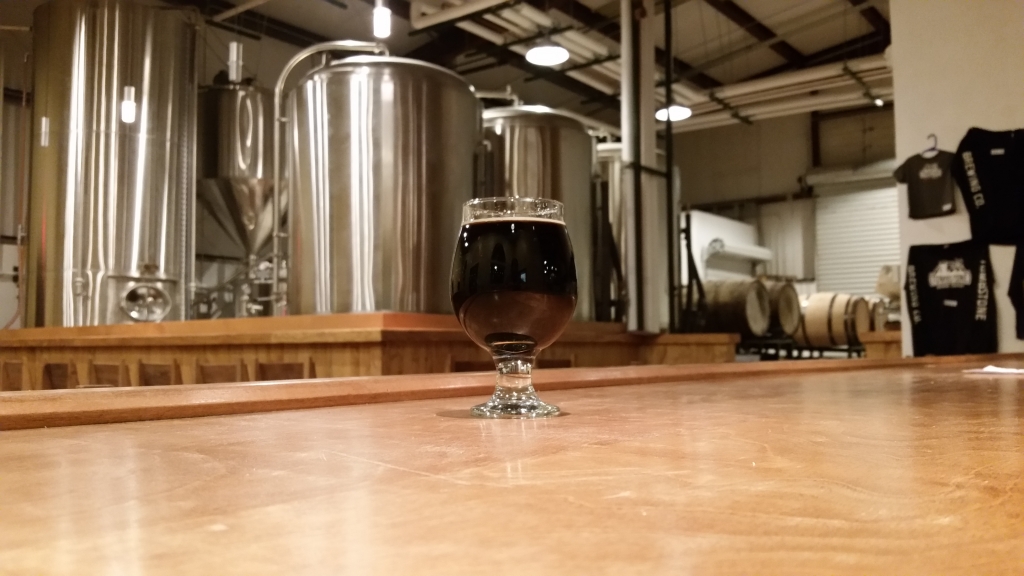 That was last weekend. Sitting in the same spot in that same building. Drinking a beer made feet away. A really, really good beer.

It still feels like oh sh#t, but the biggest oh sh#t of all, however, has been the crazy response we’ve seen to our beers. In twelve weeks, we’ve sold thousands of gallons of beer and are now close to ending up on Untappd‘s list of Top Rated Breweries. That isn’t just a list of top rated breweries in Arizona or even the United States, but a list of top rated breweries in the world. There are only fifty of them. I’m shocked, but also pretty excited.

Sure, it’s ridiculous that not one of Arizona’s unbelievable established breweries is already on the list (though Arizona’s incredible Superstition Meadery made it, at least). And it’s silly there aren’t a whole lot more breweries from outside of this country too.

Untappd is home to plenty of reviews that basically consist of this: “

[Insert name of amazing Pilsener here]: too yellow, not an imperial stout, one star.” But it’s also a great resource. There isn’t a brewery in the top fifty that isn’t awesome, and despite no shortage of exceptions, breweries with super high ratings generally brew amazing beer. I couldn’t begin to describe what an honor it’d be for Tombstone Brewing Company to make that list.

If ratings stay where they’ve been, we’ll land on the list after about fifty more reviews. That’ll probably be this weekend, which is insane. But it’s also another eternity, and a few “just meh, IPA too cloudy” reviews would dash our very-short-term hopes.

So here’s where I start to grovel.

If you’ve had our beers and can spare a little bit of time, please review them on Untappd. Here’s the link to our page there:

If you think we suck, let us know. It might be like pulling a band-aid off, and we may thank you in the long run (unless your only complaint is that our Lemon Drop Helles isn’t a cloudy New England IPA, in which case our decision not to ditch the lager yeast and sell our filtration system will remain unchanged). Similarly, if you love us, help get us a bit of international recognition. Wouldn’t you like to see an Arizona brewery on the list?

It’s a win-win for everyone. Plus, we’ll be giving out free hugs in the tap room for anyone who can prove they submitted an Untappd review, positive or negative, for one or more of our beers on January 5, 2017. What could be better than that?