Of all the beers we’ve brewed, our newest release is by far the most unusual. Behold, Tombstone Brewing Company’s Norwegian Farmhouse IPA: 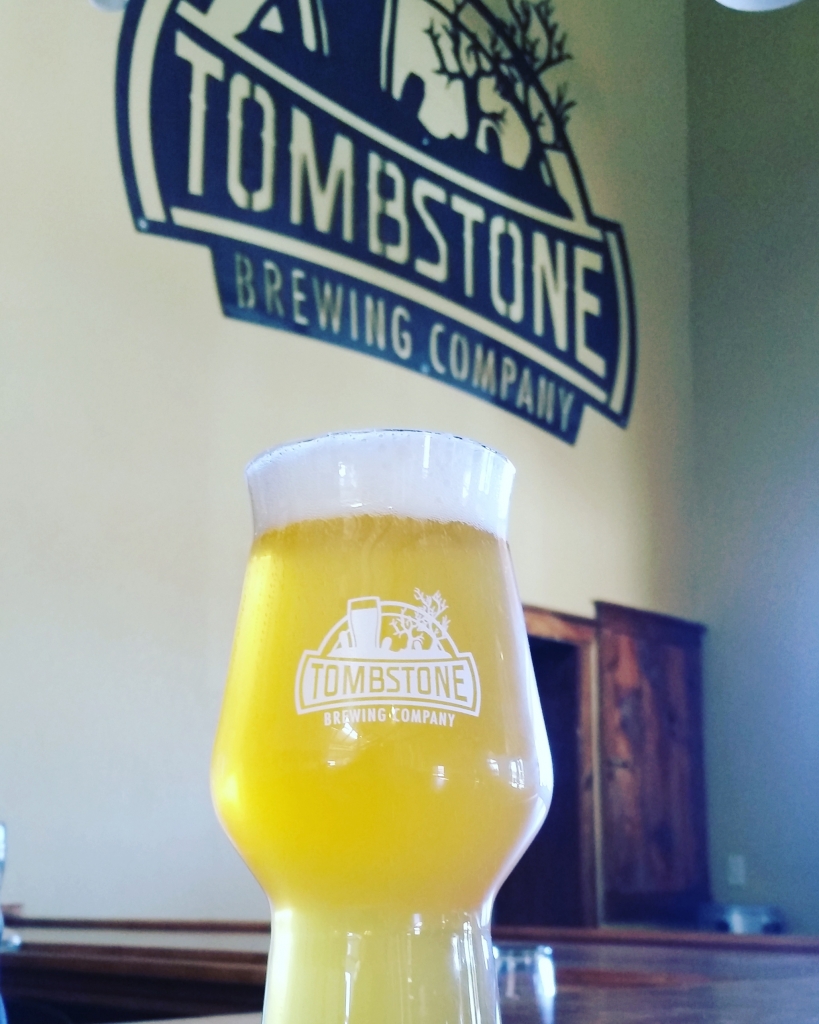 It’s made with a fascinating yeast known as kveik, which Weedy discussed here. The specific strain we’re using has been passed down for generations in Norway, saved in dried yeast rings in open air. But the yeast is more than just a cool story.

The flavors the yeast produced for us are citrusy and quite clean, nothing too funky but with a distinct woodsy dryness. That it’s so clean is pretty crazy considering we fermented around 90 degrees and it got up near 100 degrees.

Given that citrusy IPAs are sort of our thing, we couldn’t help but use such a cool yeast in a citrusy IPA where we complimented the kveik with award-winning Cascade hops as well as Lemondrop and Citra hops. Here’s another shot of the end product: 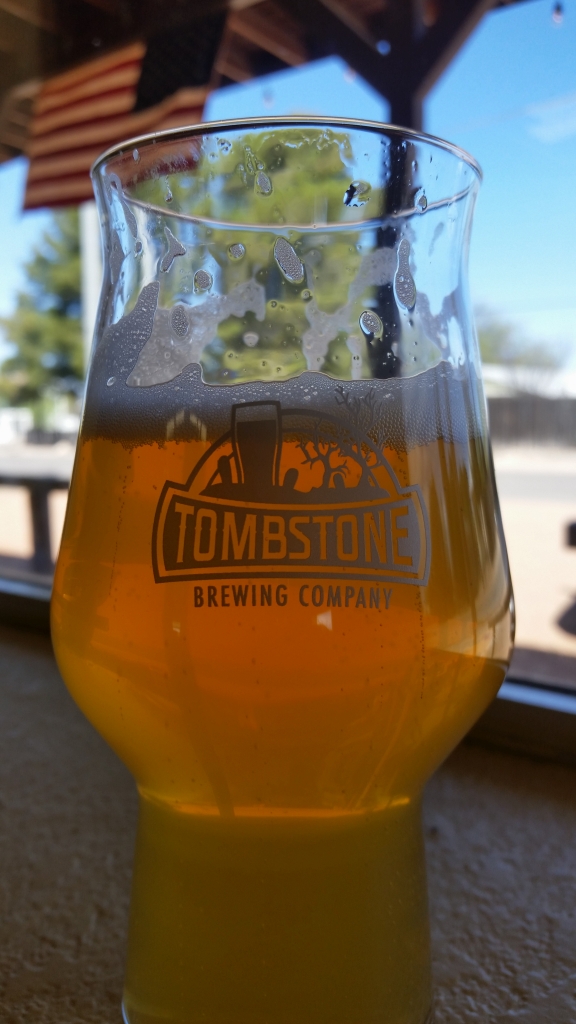 Notice the killer head retention. It didn’t fade even when we left this sample laying out for a while: 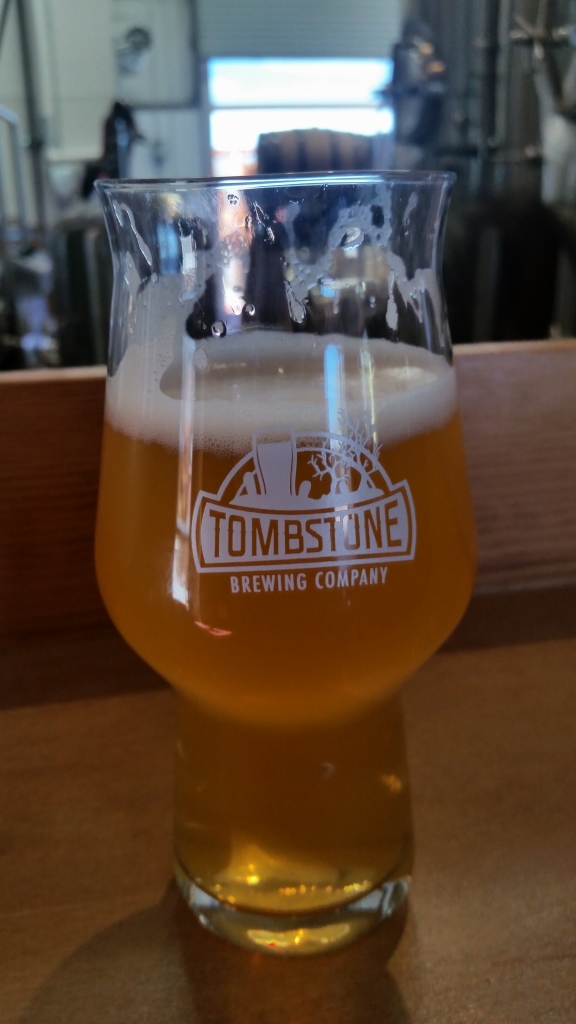 The head just lingered and lingered: 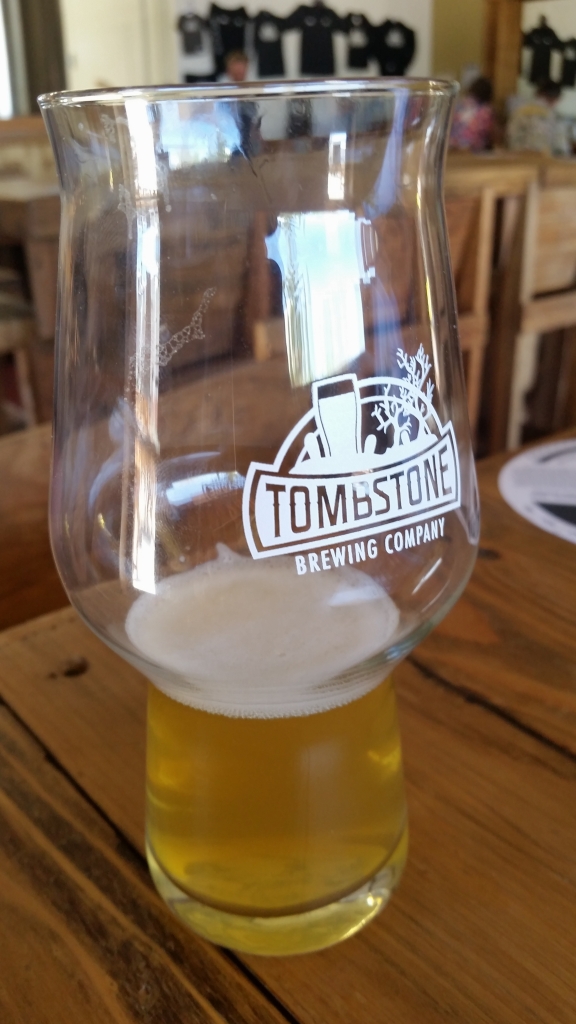 In the end, the head outlasted the last sip: 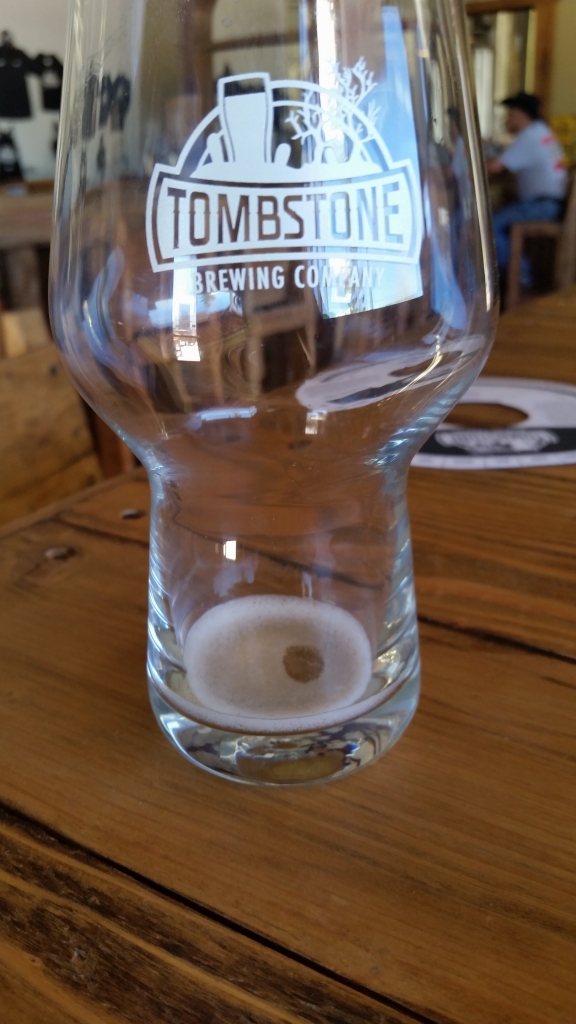 It’s one thing to muse about brewing with a hot-fermenting Norwegian farmhouse yeast used by only one or two other commercial breweries we know of, but it’s another thing entirely to brew fifteen barrels of beer with it. Lucky for us, it paid off big time.

The end result is a crisp, dry, hoppy beer with a lot in common with a traditional West Coast IPA. That kveik chewed through the beer in no time, so we were glad we added plenty of oats for mouth feel. In the end, the most interesting thing about kveik might be just how well-suited it is to an IPA. There’s no way this will be the last time we use this yeast; in fact, we’re making a extra-citrusy Gose with it on Wednesday!

If you want to try it, find it at our accounts or stop by the brewery. We kegged it this morning, and it’s being delivered to accounts right now. We already have happy customers drinking it in the tap room, though, and you’d have a tough time finding better drinking scenery than here in Tombstone: 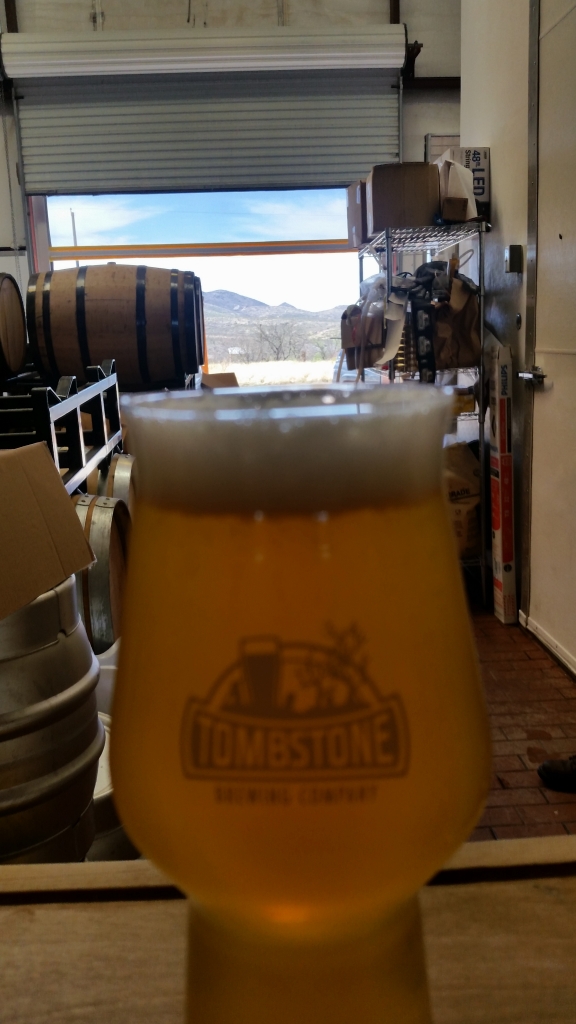 Hope you enjoy it!