Our Barrel Society got exactly the sort of response we’d hoped it would, and the way we did it ($200, $325, or $400 for 12, 24, or 30 killer barrel beers over the course of the year) is sure to result in high expectations. However, we’re committed not just to exceeding those expectations, but blowing them to shreds with unbelievable barrel beer offerings like nothing anyone has ever tried. Two of the biggest components necessary for us to do that arrived today.

As we explained when we announced the program, the idea was to be as ambitious as possible based on membership numbers. The awesome response means what we’re doing is going to be seriously ambitious. We’re talking about doubling-our-already-significant-barrel-program-overnight ambitious. We already have dozens of barrels filled, but twenty more fresh oak barrels alone are headed to Tombstone next week. All those barrels and the various others also soon to come mean we need more space, however.

That’s where these fellas fit into the equation: 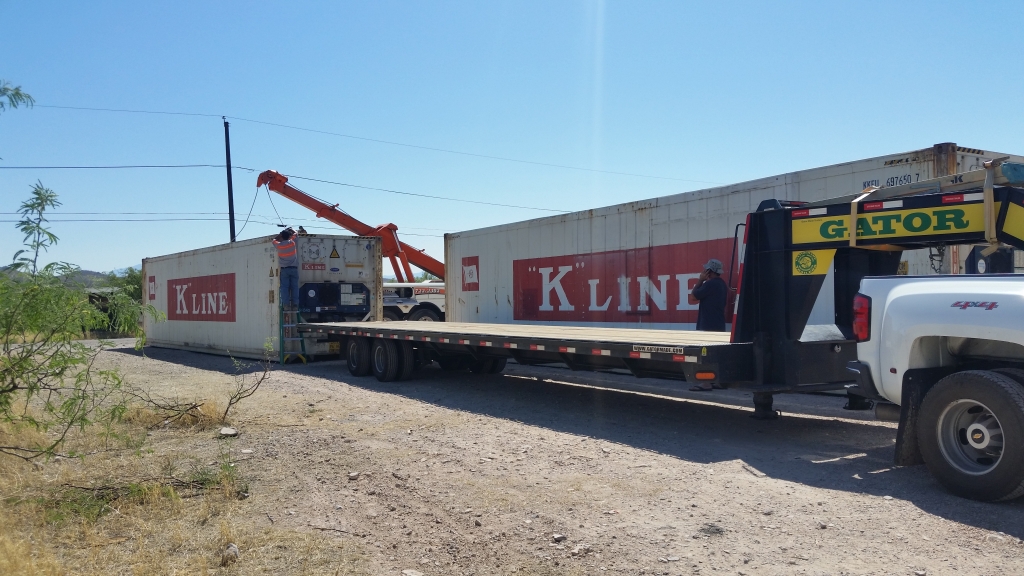 What you’re looking at are two 40-foot refrigerated shipping containers. They’re each giving us 320 square feet of temperature-controlled space. The inside is even stainless steel and easily washable: 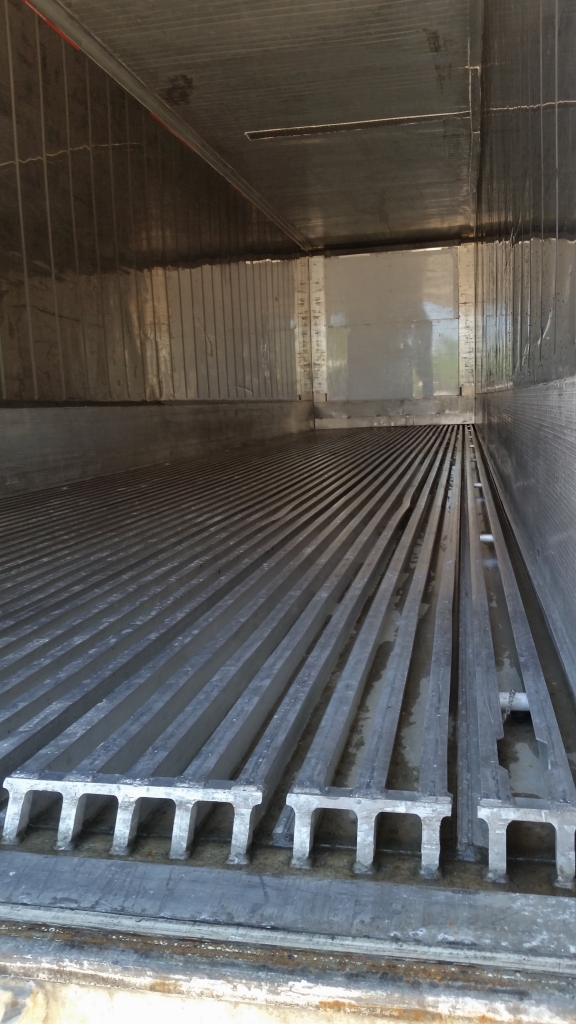 We got two of them so we can keep “clean” beers separate from the funky stuff. Each could hold over one hundred 59-gallon barrels of beer. Temperature control means we aren’t just limited to aging beer in those barrels either. Fermenting in barrels is an essential part of our plan.

Getting those shipping containers was, of course, exactly the sort of fiasco we’ve come to expect when dealing with big companies and getting things shipped to Tombstone. We’d been wondering recently why we hadn’t heard anything about them because we bought them a little while ago. This morning, though, the calls started.

The company that sold them to us had put down a wrong number for Weedy. That number belonged to a grumpy retired Army guy named Richard. Richard apparently grew tired of people at the shipping company calling him, so he decided to confirm delivery of the containers today. We were amazingly lucky to have found a truck capable of unloading the two containers with just a couple hours’ notice. 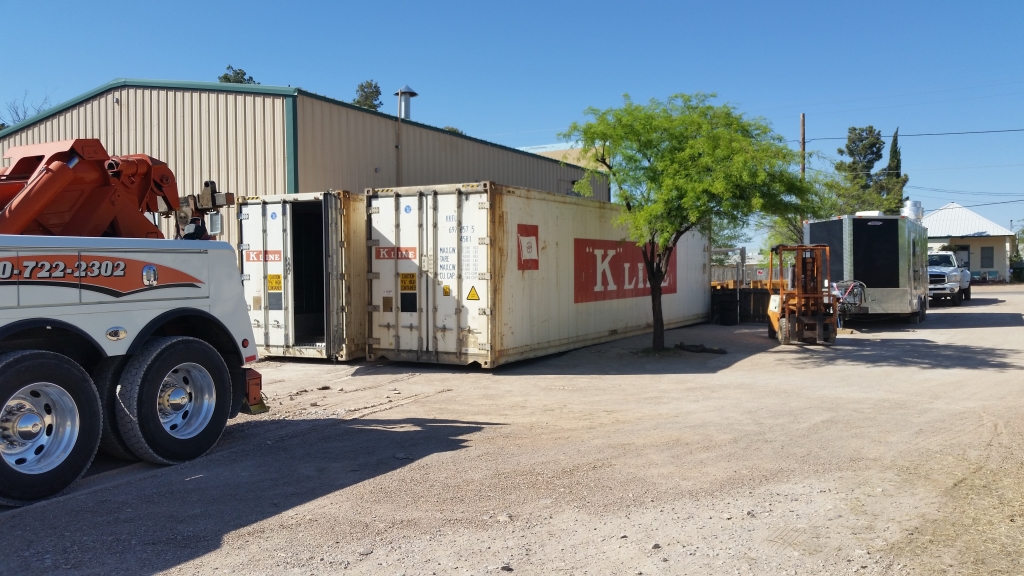 The view from the patio is now a bit more…industrial: 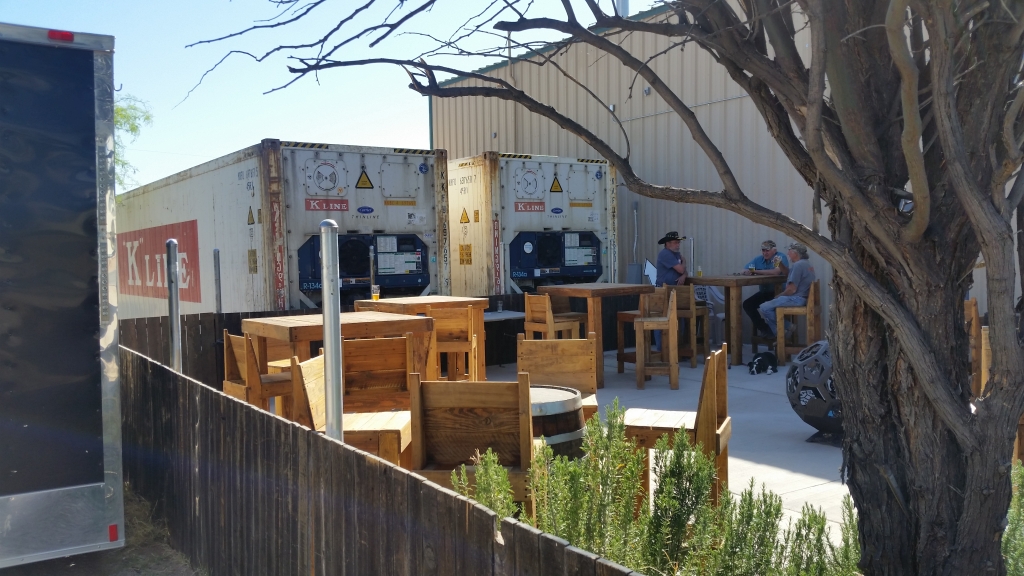 They aren’t pretty, but they could potentially double our production capacity. And they’ll do it with things like IPA or ESB fermented in medium-toast oak, or an Imperial Chocolate Porter fermented in heavy-toast oak. We’ll have room for every sort of spirit barrel we can find (cognac, Banyuls, and French apple brandy are all in the pipeline, and we’ll be brewing our strongest imperial stout to date very soon), and all that space means we can do extra-long-term stuff. Crazy triple and even quadruple-barrel beers, ones where we coax flavor out of one interesting vessel after another from fermentation to finishing, will be a highlight of our barrel program.

At this point, it should be pretty clear that we aren’t messing around with any of this. Plus, it still isn’t too late to become a member!