Since we first started Tombstone Brewing Company, we’ve been making big stouts and barleywines. After opening in Tombstone in October of 2016, we did our first bottle release in February of 2017. It was an awesome release party, and the popularity of the beers we released eventually led to us launching a barrel society and starting the ambitious barrel program that continues in Tombstone to this day. In a way, we’re repeating that formula (minus the ensuing barrel society) up in Phoenix. After opening in October of 2020, we’re doing our first Phoenix bottle release in February of 2021. Mark next Saturday – February 13, 2021 – on your calendars!

We couldn’t be more excited about these beers. Here are samples prior to carbonating: 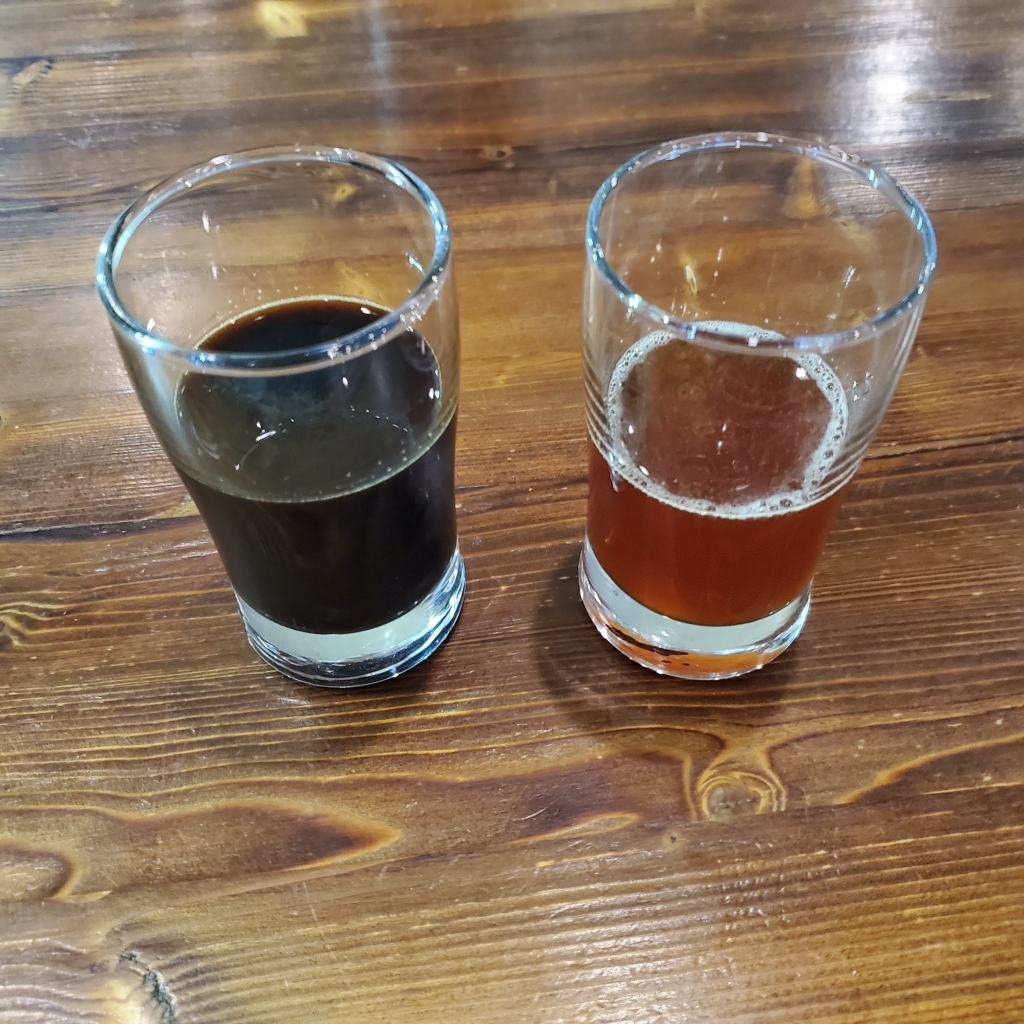 The first beer we’re releasing is the one on the right, a Coconut Cassia Pastry Barleywine we’re calling “Grandma’s Secret Sauce.” It’s malty with a strong supporting bitterness and restrained coconut and cassia. It’s definitely a pastry beer, but it’s not too different from barleywines we’ve released in the past. It has a holiday cookie feel to it, sweet and indulgent but not totally over-the top. It’ll be sold in 750ml bottles. Keeping with our commitment to using Helio Basin’s talented crew as much as possible, we had Jesse Perry do the label art: 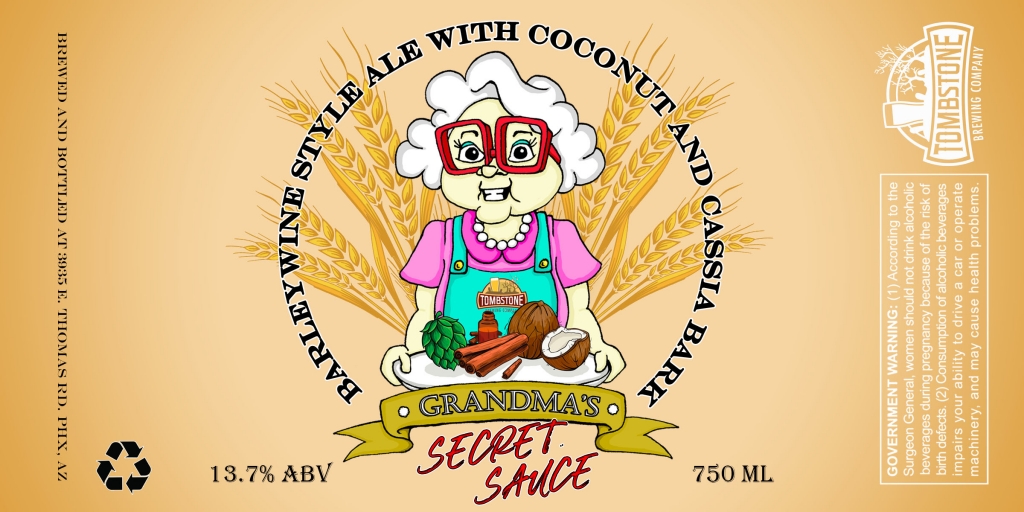 The other four bottles were releasing are the same base stout (the sample on the left above). We’ve called our beers thick before (including two beers we actually named “Thiccc” and a Russian Imperial Stout where the cans say it’s the thickest beer we can make), but we’ve never made anything even approaching the insane mouthfeel of this beer. It’s so thick that everyone who tries it can’t help but smirk a little. Descriptors like “almost pudding” and “syrup” came to mind when I first tried it. It was immediately apparent that what we had created was the ultimate base for some pastry variants, so although we did rack some into barrels for extended aging, we decided to release four different bottles immediately. 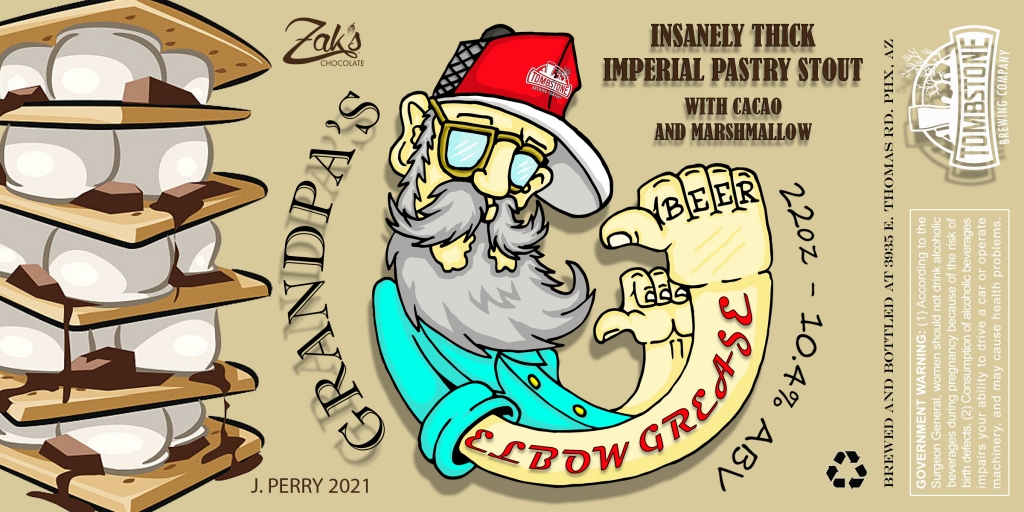 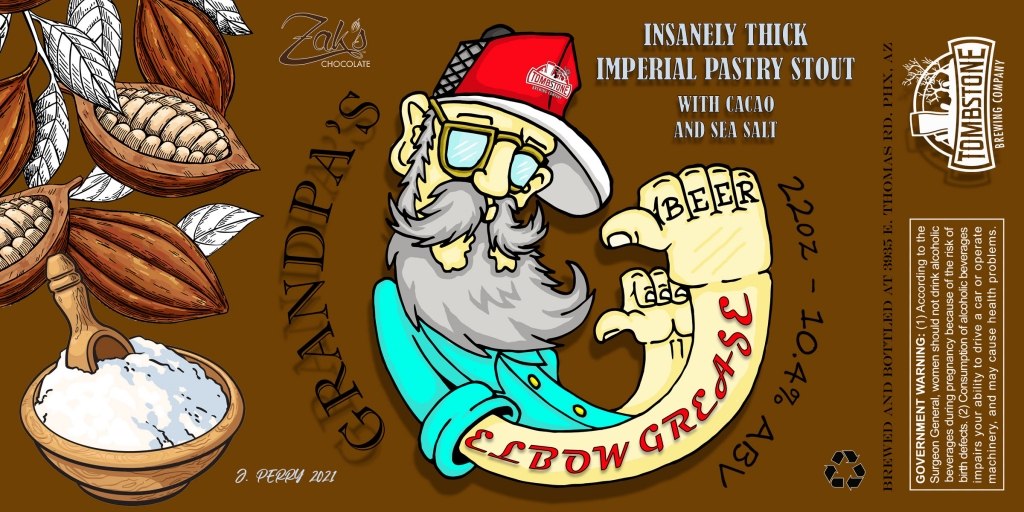 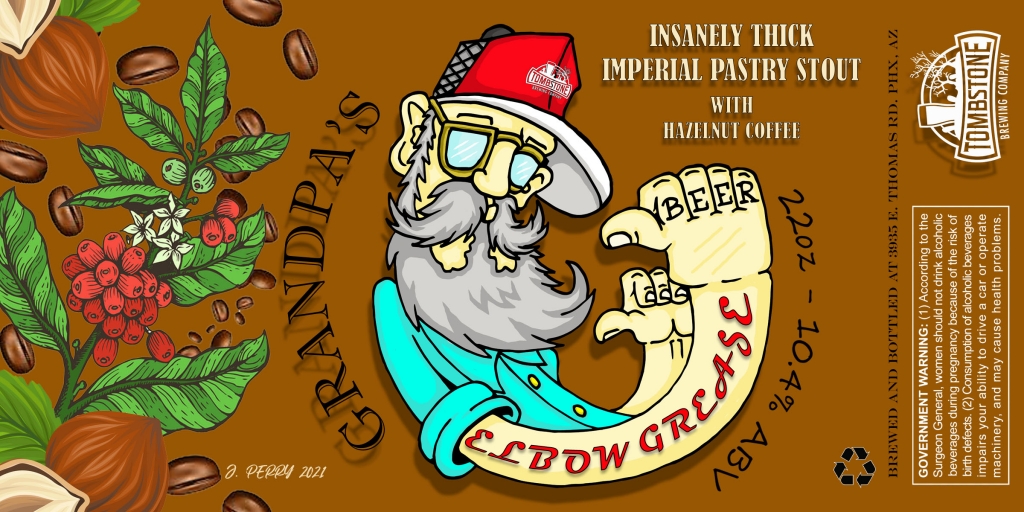 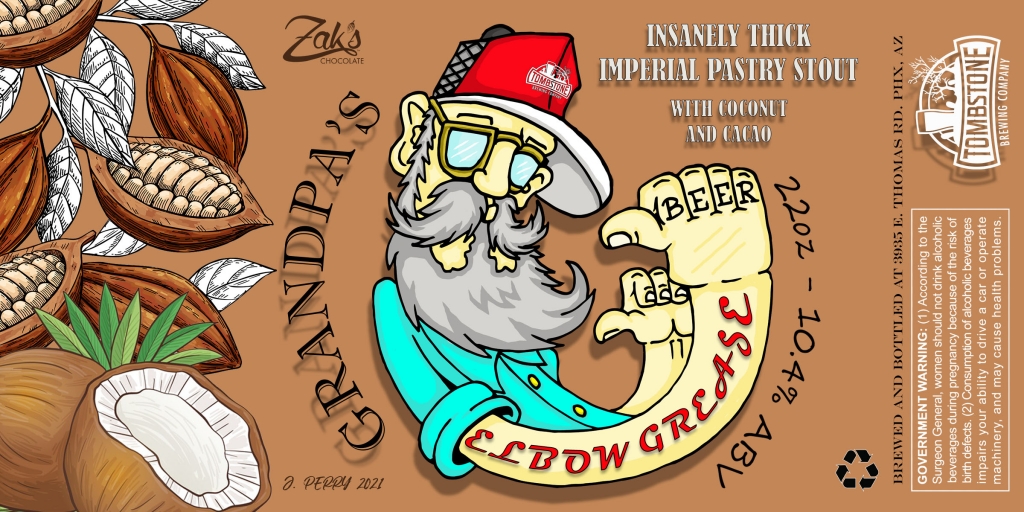 Calling the beer “Insanely Thick” doesn’t even begin to describe the mouthfeel. We’ve definitely taken our dessert beer game to a new level with these stouts. All four of them will be packaged in 22oz bombers.

We are only bottling 200 of each of these beers, with a few cases of each for Tombstone and the rest for Phoenix. Simultaneous releases will happen at each brewery at 9am on the 13th. Even though we’ve been doing this for over four years at this point, Saturday’s release has a lot of the same feeling of that very first release we did in February of 2017. These really are game-changing pastry beers for us, and we can’t wait to share them with you!