We turn two years old tomorrow! To celebrate, we’re engaging in a bit of self-indulgence. We love hazy IPAs as much as anyone, but we’re also in many instances even more excited about some of the truly unique beers we’ve produced over the past two years. We’re canning two of our favorites tomorrow. 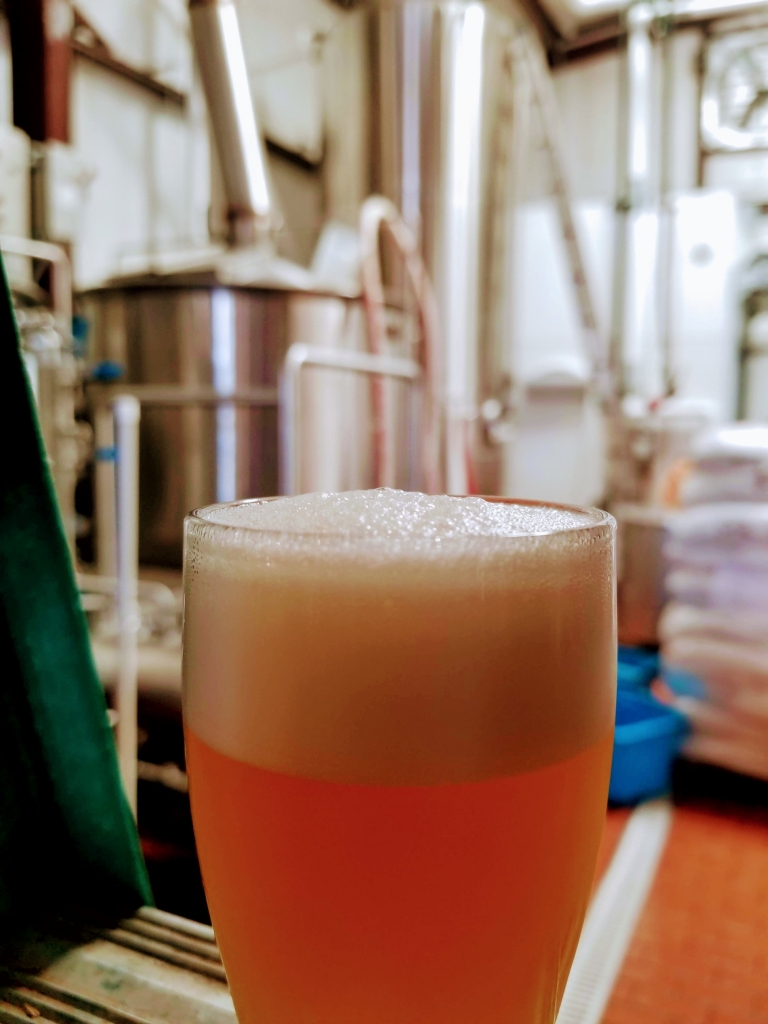 Within six months of opening, we started using a unique hot-fermenting Norwegian farmhouse yeast called kveik. We wrote about it here. It produces extremely dry, earthy beers with an intense lime character. We were one of the first commercial breweries to make beer with it, and we even got some attention from Draft Magazine for it. If you’re a fan of the “Brut IPA” trend that’s gaining some traction these days, this has many of the characteristics of those beers – it’s extremely dry, extremely pale, and effervescent – but with a farmhouse yeast character like nothing else.

Going in a completely opposite direction, here’s the second IPA we’re releasing: 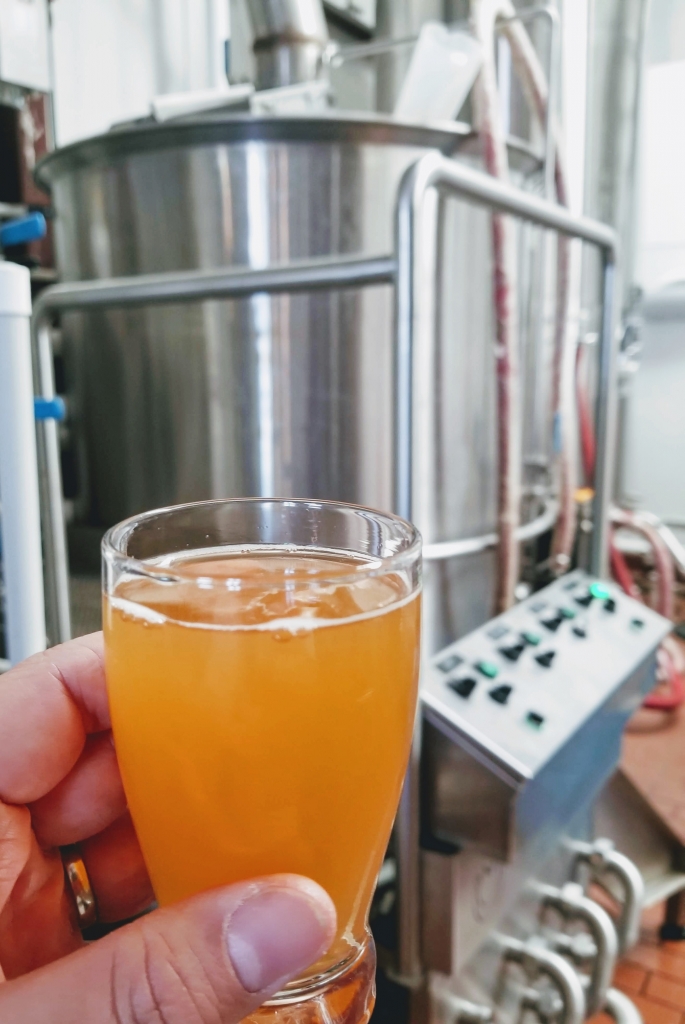 That’s our “No Coast” IPA, prior to carbonation straight from the tank (being sampled for purely scientific purposes, of course). We describe it as “aggressively hop-bursted and dry-hopped like the most intense West Coast IPAs, with a rich malt backbone like the best old school East Coast IPAs, and with the tropical hops, fruity yeast character, and low bitterness of a New England IPA.” Like the last batch, this batch definitely matches that description. For those of you who love a traditional West Coast IPA, this is the closest thing we make to one. 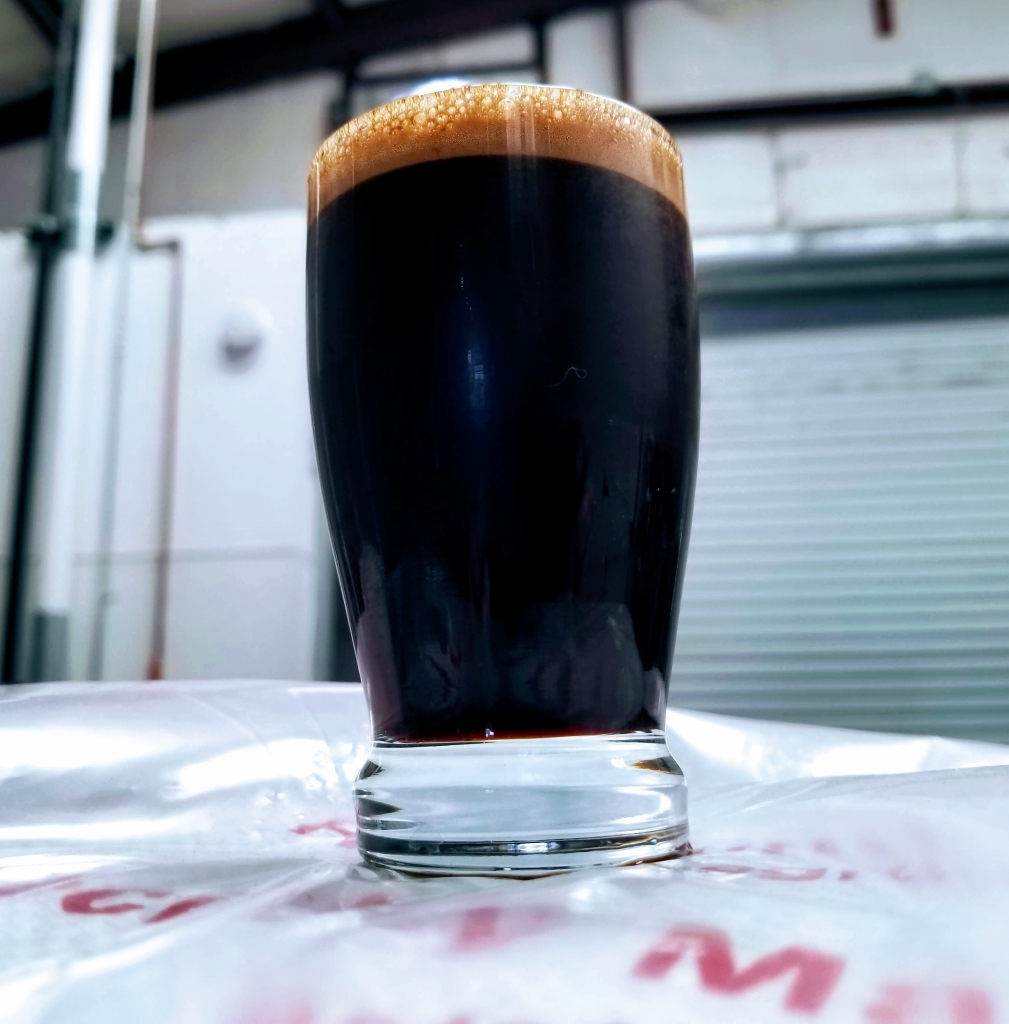 Here’s the description on the can:

This is the thickest, most decadent stout we could possibly make. Utilizing not just a reiterated mash, but also an hours-long boil, we made this jet black stout ridiculously full-bodied and incredibly complex. Expect abundant dark chocolate and coffee flavors balanced by notes of rich caramel, toffee, and dark fruit. It is dessert in a glass!

Short of adding some sort of artificial thickener, it’s pretty much impossible to make a beer with a bigger mouthfeel; this stout is a serious sipping beer. Plus, although the label and official description don’t mention it, we brewed this beer with 660lbs of top quality Vermont maple syrup. That adds not just additional alcohol, but more complexity to the beer in the form of a woodsy quality and the slightest hint of delicate maple.

Stop by tomorrow to wish us a happy anniversary and enjoy these three new beers both on site and to go in cans!